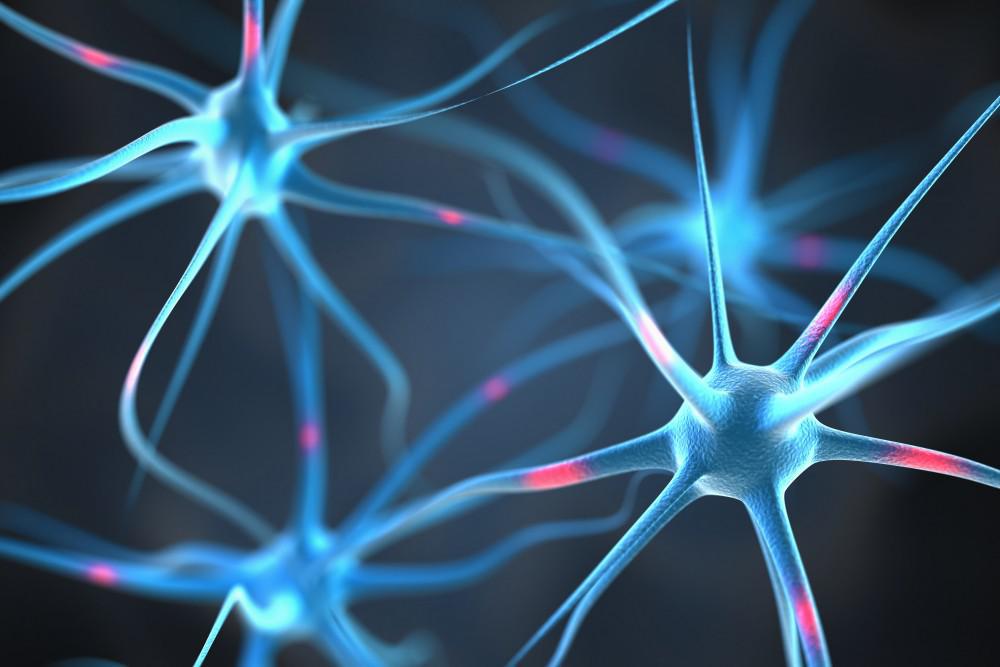 WHAT IS EPILEPSY: AN OVERVIEW

Epilepsy is a chronic non-communicable neurological disorder characterized by repeated seizures and abnormal brain activities causing unusual sensations and involuntary movements in the patient, sometimes accompanied by loss of consciousness or general/partial paralysis.

The main identifier of Epilepsy is a recurrence of unprovoked seizure episodes. Seizures are usually caused by excessive electrical discharges in a group of brain cells. These spasms or surges in the neurons can be outwardly expressed as a sudden loss of attention or going blank, involuntary twitching or jerking in muscles, or even severe convulsions and fainting.

Epilepsy is not contagious and can be successfully managed in the long term. Children experiencing epileptic seizures often stop having them in their adulthood.

It is rare for patients to die from simply experiencing a seizure, but seizure episodes can expose sufferers to potentially life-threatening situations as they lose control over their actions and cognitive functions for the duration of the episode. People with Epilepsy tend to suffer from more physical problems caused by injuries from seizure episodes, as well as psychological issues like anxiety and depression.

Medical history and individual predilections of each patient are of crucial import in terms of diagnosis and treatment of Epilepsy. With proper anti-seizure medication, most people are able to live a seizure-free life.

HOW COMMON IS EPILEPSY?

One of the most misunderstood ailments in human history, Epilepsy is nonetheless a very common condition that can affect just about anyone at any age, although children and old people are the most vulnerable. It is also one of the oldest recorded ailment in human history with textual mentions dating back to 4000 BC.

According to World Health Organization, Epilepsy is the fourth most common neurological condition in the world and more than 50 million people worldwide are affected by it. In the US alone, at least 1 in 100 people have experienced unprovoked seizures in their lifetime. An estimated 2.4 million people globally are freshly diagnosed with Epilepsy each year.

Epilepsy disproportionately affects the lower to middle-income countries in the world. This has been attributed to various causes like the prevalence of endemic conditions like Malaria, higher rates of neonatal injuries and birth-related complications, higher rates of traffic or infrastructure-related injuries, variance in healthcare infrastructure and access to healthcare.

This is not to say that High-income countries are less at-risk though; WHO puts the annual new case rates of these countries at 30 to 50 per 100 000 in the general population.

One of the biggest impediment to diagnosis and treatment of Epilepsy the world over is the fear and social stigma attached to seizures. Epilepsy was known as the ‘Sacred Disease’ in the ancient world. Seizures were thought to be occasions of supernatural possession, usually by evil spirits, and the available ‘treatments’ were squarely in the realm of religious and spiritual.

The Greek physician Hippocrates was the first to identify it as a disease of the brain, although his views were not started to be taken seriously until as late as the 18th century. In the long centuries between, Epileptic people were shunned, discriminated with, and often ostracised as practitioners of witchcraft.

While Epilepsy is now recognized as a neurological condition in modern medicine, archaic views still prevail in many cultures of the world, and even within educated and high-income populace inherited prejudices continue to work. Epileptic people face discrimination in almost every field of life including family, employment, law, and education.

DIFFERENCE BETWEEN SEIZURES AND EPILEPSY

It is easy to conflate seizures with Epilepsy since the former is one of the defining characteristics of the latter, but there are important differences between them. First of all, a seizure is a single occurrence, while Epilepsy is a chronic disorder of the central nervous system. Not everyone who experiences seizures is suffering from Epilepsy. It is recognized by the occurrence of two or more unprovoked seizures separated by at least 24 hours.

Seizures can be caused by many factors including physical and psychological trauma, stress, extremely low blood sugar level, and drug abuse. Up to 10% of people around the world are likely to experience at least one seizure in their lifetime, most of these are provoked seizures, i.e. where an identifiable trigger for the unusual neural activities is present. However, it is not easy to discern epileptic seizures from non-epileptic seizures through visible symptoms, as they often look very similar. It is advisable to contact a medical professional in case of a seizure, provoked or unprovoked.

TYPES AND SYMPTOMS OF SEIZURES

Epilepsy is the outward expression of abnormal activities in your brain, and hence the symptoms are mainly characterized by a lack of coordination among various brain functions and areas.

There are many kinds of seizures and different seizures may have different symptoms, although overlaps are common. However, a person experiencing a certain type of seizure is likely to repeat a similar pattern over time. Symptoms of seizures broadly include:

Seizures can be classified into two categories: Focal and Generalized.

This type of seizures happen when there are abnormal activities in one particular area of the brain. Focal seizures are further divided into two types based on loss of consciousness.

This type of seizures happen when all the areas of the patient’s brain are simultaneously affected by abnormal cell activities. There are six types of Generalized seizures.

Seizures are unpredictable occurrences, so it can be difficult for any onlooker to gauge the onset and defining symptoms of a particular episode, especially since the sufferers themselves often do not remain in a condition to verbalize their experience.

If your seizure is not typically violent, keeping a seizure diary helps in identifying the underlying cause to a great deal. Seizures with identifiable provocations might be less dangerous, but you still need to seek medical advice. Seizures can often cause physical injuries and it is important to treat them properly as well.

Seek a medical professional or emergency care immediately if any of the following occurs:

For about half the affected population, Epilepsy has no identifiable cause. For the rest of the population, there are several factors that can lead to an onset. Causes of Epilepsy also vary according to the age of onset.

What Triggers a Seizure?

There are multiple factors that may trigger a seizure, and these factors vary from person to person. However, each person is likely to have his/her own set of triggers, which can be discerned as a pattern. Although preventing Epilepsy is not always possible, identifying and avoiding triggers by making certain lifestyle changes can make managing the condition a lot easier. Triggers can include:

CAN YOU DIE FROM EPILEPSY?

Epilepsy has an extremely rare chance of causing direct death or life-threatening complications. However, problems arising from seizures can frequently put sufferers and people around them into dangerous situations.

Diagnosis of Epilepsy is complex, as it involves several factors and pinpointing the exact causes of your seizures and the appropriate treatment for it can be a lengthy process. In diagnosing Epilepsy, doctors frequently focus on a few key questions. These are:

To resolve these questions, a number of procedures, tests and consultations may be used.

Treatment of Epilepsy generally begin with anti-seizure medications and are clubbed with lifestyle and environmental changes better suited to manage your type of seizures. If medications fail to provide relief, surgery and therapy may be used.

Epilepsy medication needs to be chosen with care and in careful accordance with the specific type/s of seizures experienced by the patient.

In most cases, a single type of anti-seizure medication is sufficient and the patient can become seizure-free. However, patients with complex or pre-existing conditions may not become seizure-free so easily and need to take a combination of drugs in order to decrease the frequency and intensity of their seizures.

Discontinuing or switching medications without consulting the doctor, or failing to follow the prescribed medication patterns can cause severe harm and damage. So extreme care and caution is recommended.

Anti-seizure medications may have some side effects ranging from mild to severe. These include:

Surgery is considered usually when anti-seizure medications fail to provide relief or control over seizures. The area of the brain that Epilepsy is originating from is removed with surgery.

Surgery is a complicated and expensive process, and can sometimes lead to further complications like permanent damage in the surrounding brain areas. It is only considered an option when:

b) That particular area of the brain doesn’t interfere with or affect any vital brain functions such as memory, speech, vision, hearing or motor functions.

Many alternative therapies are being attempted in recent times apart from and along with medications. These come with fewer side-effects, but if the condition persists medication and/or surgery may still be necessary.

Vagus nerve stimulation: In this therapy, a stimulator, similar to a heart pacemaker, is implanted under the patient’s skin and the device is attached to the vagus nerve in the neck by wires. These devices send bursts of energy to your brain through the vagus nerve and have been found to reduce seizures by 20-40% in patients.

Ketogenic diet: This is a type of diet that is high on fats and low on carbohydrates in which the body is trained to break down fats instead of carbohydrates for its daily energy needs. The ketogenic diet has been found to reduce seizures in some patients, especially children.

But the ketogenic diet should not be attempted without consultation and express prescription of your doctor since it is a difficult one for your body to adjust with. A wrongly implemented ketogenic diet can cause dehydration, constipation, nutritional deficiencies and uric acid build up in the blood which can lead to kidney stones. Hence It should only be attempted under the strict supervision of your doctor.

Migraine Attacks – An Overview: How to Identify, What to Do 

Telehealth: The Advantages of Telemedicine 

How to Make Your Home Seizure-Safe: Living with Epilepsy